Driving with the world of Artificial Intelligence with Zumi

Credits : Mr. Shihab Sultan
LEGO Education has done it again. They have released another STEM Learning product that has success written all over it. After the overwhelming success of Mindstorms EV3, WeDO 2.0, Coding Express and STEAM Park – the latest addition to the STEM category is the LEGO SPIKE PRIME.
LEGO SPIKE PRIME fits in the middle school portfolio with a sunny coloured box with exciting new hardware and software. As one of the few people who got to play with the LEGO SPIKE Prime before its launch, I am excited to list below the top 10 reasons why your MIDDLE SCHOOL should have LEGO SPIKE Prime.

1. Exciting lesson plans – the strength of a STEM product is in the availability of Curriculum integrated exciting STEM lessons. The Spike lesson plans follow the famous Learning Pedagogy of LEGO – the 5E’s (Engage, Explore, Explain, Elaborate, Evaluate) What is more interesting that every lesson plan has extensions related to Math, Careers and Language Arts activity including Assessment options.
2. Teaching Important Skills – LEGO Education has gone one step ahead this time by introducing lesson plans that develops critical life skills in Business Entrepreneurship and Life Hacks.
Software
3. Scratch Platform – If your school is already using SCRATCH programming in the curriculum, then it makes it extremely simple to transition to the LEGO SPIKE PRIME due to it using the Scratch platfrom. If it is not, then the platform still is a very versatile yet easy to learn programming language
4. Get excited for AI and IOT – The LEGO SPIKE Prime is a great introduction to the future of ARTIFICIAL Intelligence to the next generation. To get your students involved with PYTHON Programming, the Spike Prime’s familiar Scratch Programming makes it an easy transition to the next phase of text based programming. There is also a lesson plan on IOT and how it can affect our future.
5. Smooth Transition – Talking about transition, if you have earlier used LEGO Mindstorms EV3 or LEGO WeDo 2.0, you must have realised the gap between them was too high. The Spike Prime fits in snugly – after LEGO WeDO 2.0 and before Mindstorms EV3 which makes it a seamless experience to go from one product to another for the students.

6. Competition Preparation – the SPIKE PRIME box has a massive advantage during the FIRST LEGO LEAGUE competition. It is compact and it already has inbuilt Gyro sensor – this is a great advantage as robots would have issues in turns during the previous competitions. The SPIKE wheels look sleeker and have a better grip. Add to all of that there are cable holders for better cable management.
7. Student Friendly– the shapes of the lesson plans available for the Spike Prime are super friendly such as the dancing guy and the frog build. These builds bring out a lot of laughter and fun time for students and breaks the notion that “STEM is hard and boring”.
8. Build models quickly – With the addition of various new Bricks, the Build Time for lesson plans is pretty quick which means it is perfect for class rooms to do the STEM classes to finish in 45 minutes and not drag on to the next class
9. Accurate Motor and Touch Sensor – The SPIKE Prime motor has the option to reset to the right position automatically after every use and has accurate rotations and turns. The touch sensor has inbuilt force sensor to measure the push force.
10. The Spike PRIME Hub – the hub for EV3 Mindstorms is complicated and not very user friendly whereas the WeDo 2.0 hub has no display. On the other hand the SPIKE hub has a 5 by 5 light matrix that looks and feels exciting.

The last but not the least issue is you don’t have to worry about RECHARGEABLE BATTERY – there is a battery involved along with a box that saves a lot of hassle. Users of WeDo 2.0 or Mindstorms EV3 had to get this separately.

In conclusion, The LEGO Education Spike Prime kit seems to be a combination of various feedbacks to deliver a product that tries to excite new users and bring lot of solutions to the existing user of Lego Education products. 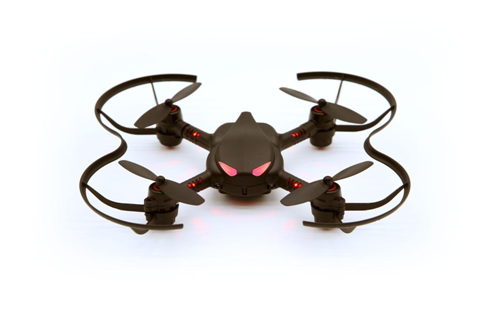 Our Professional Development session led by CERTIFIED PITSCO ROBOTICS TEACHER TRAINER to Provide a “Hands On Minds On” learning Experience to the teachers.

Complete solution for Engineering Physics Lab 1 & 2. Either with Conventional yet dynamic experiments or 21st century data logging sensor based experiment